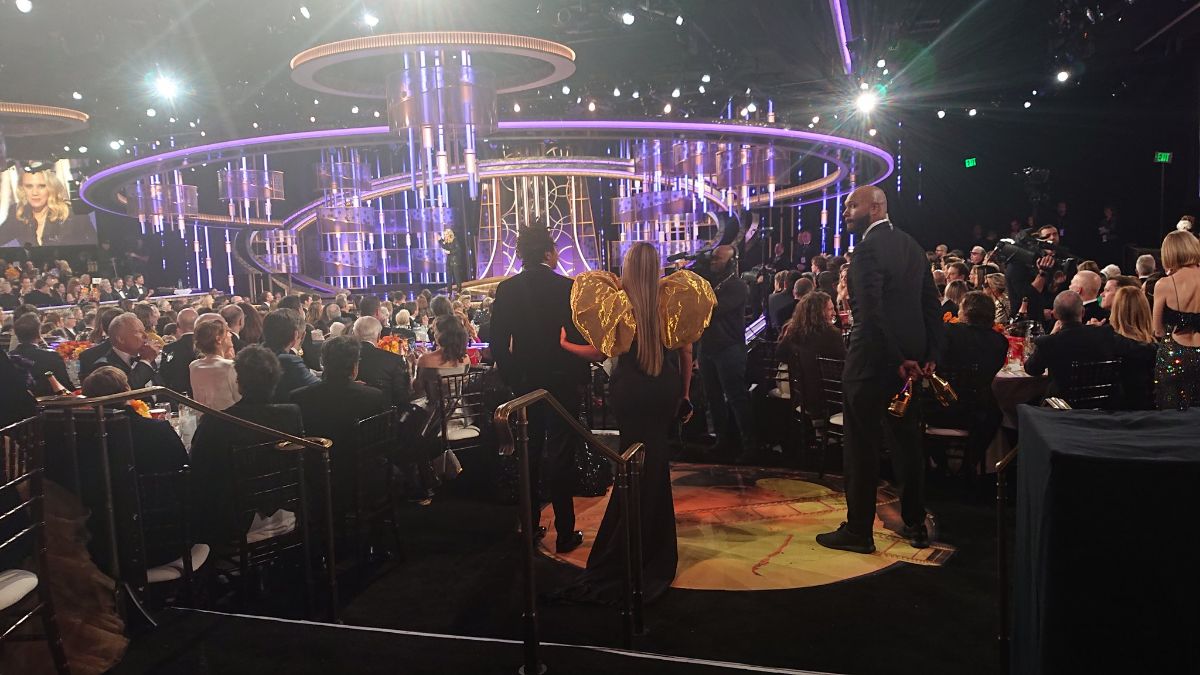 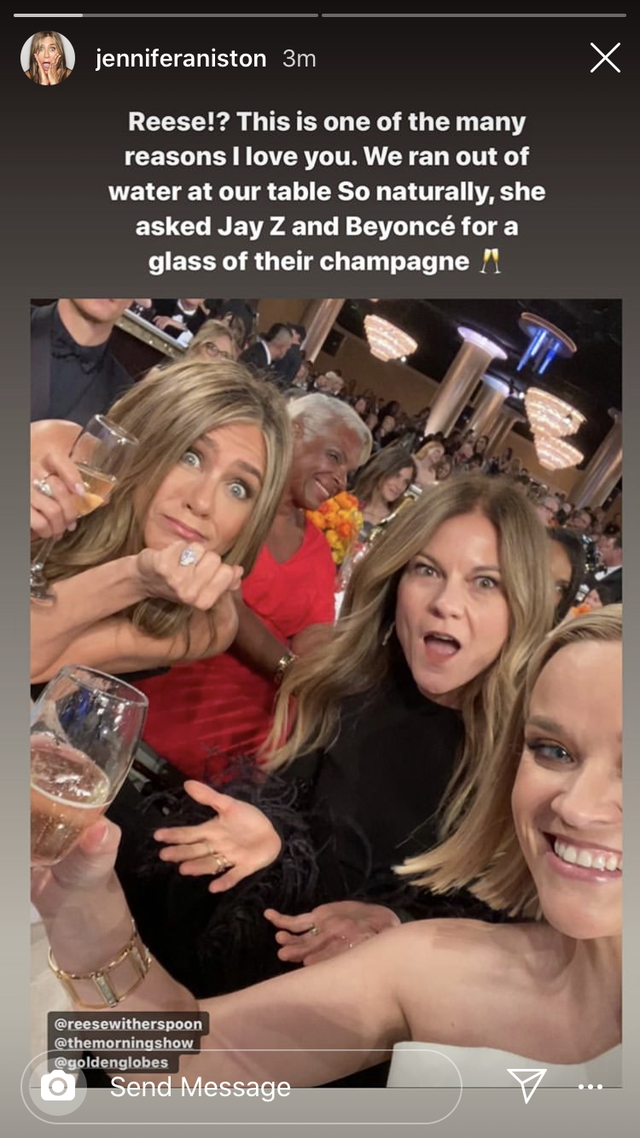 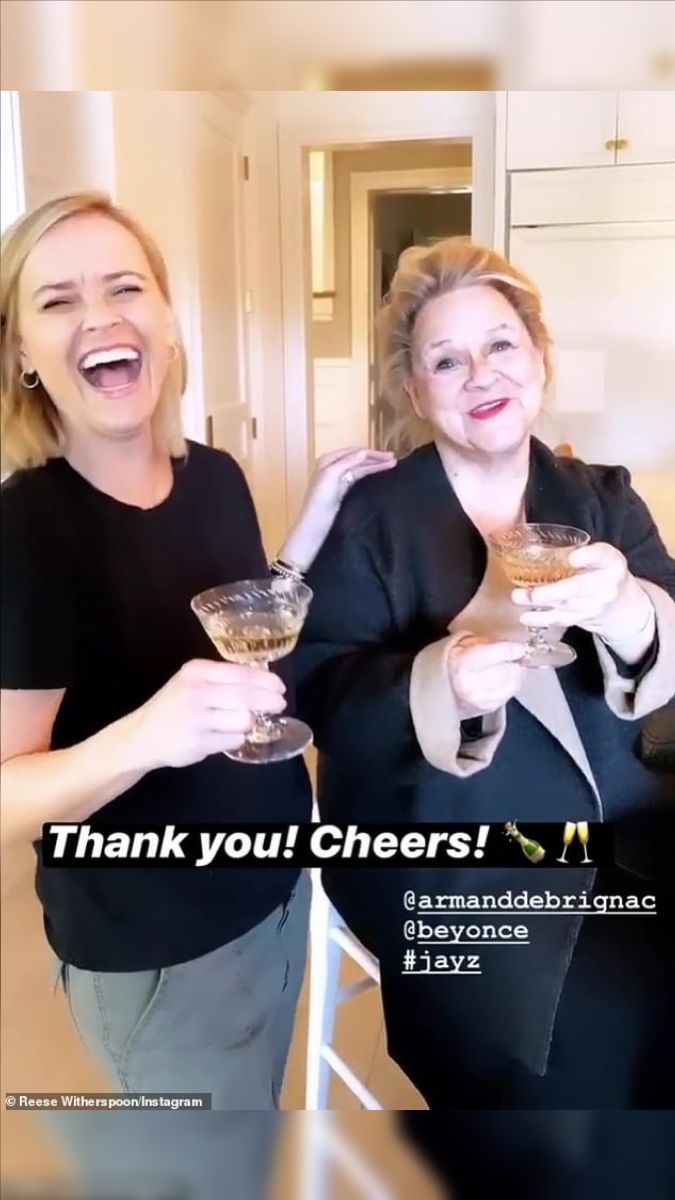 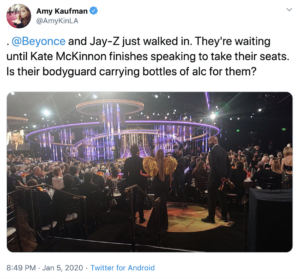 The instantly recognizable gold metal-coated bottles drew the attention of Reese Witherspoon and Jennifer Aniston, who playfully asked for a glass of Armand de Brignac, after their table had ‘run out of water’. The story and pictures have very quickly become one of the most circulated news items and social media viral stories of this awards season. Later in the week, Reese Witherspoon was gifted a case of Armand de Brignac Brut Gold, and posted her reaction and taste review on Instagram.

A taste of some of the press coverage:

VOGUE
January 5th, 2020, Francesca Wallace
“Beyoncé and Jay-Z have made the ultimate royal entrance at the 2020 Golden Globes, sneaking in the back after the ceremony had already begun and proving they don’t need a red carpet to get our attention. But the best part of the couple’s appearance? They brought their own champagne. Not happy with the champagne being served at the ceremony, the power duo’s security was seen carrying in a bottle of Armand de Brignac, the French sip owned by Jay-Z.”

E! NEWS
January 5th, 2020, Alyssa Morin
“Beyoncé and Jay Z Win the 2020 Golden Globes After They Bring Their Own Champagne”